10 Reasons to Invest in Turkey 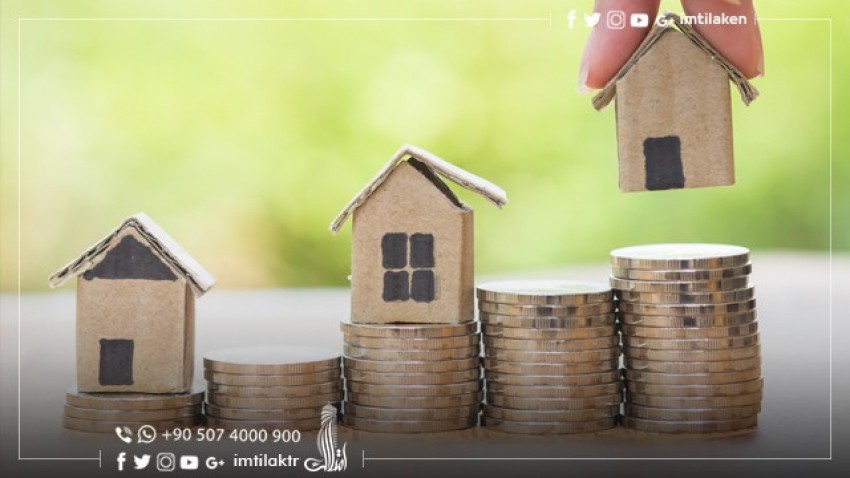 Turkey is known for its hospitality and geopolitical location, which has made it an important center for attracting local and foreign investors in various sectors, especially the tourism sector and the real estate sector, which has attracted great interest from investors. The beauty of its nature, Asia and Europe, with a high percentage of the youth population, was one of the main reasons that led investors to prefer Turkey to invest, especially the values that characterize Turkey, which made it the focus of interest of foreign investors in general, and turned it into a country open to investors and foreign capital.

Each investor before investing in a place asks why he has invested in this place, so we have identified 10 important reasons that could serve as an answer to investors interested in investing in Turkey, whether for local investors or foreign investors.

Turkey has entered a new millennium with an almost collapsed economy, but since 2002 the country's economy has begun to improve rapidly. During this period, GDP, the country's most important measure, jumped from 231 billion dollars to 820 billion dollars. Which witnessed steady growth between 2002 and 2015, recorded a 5.1% annualized increase in GDP. According to the Organization for Economic Co-operation and Development (OECD), Turkey is expected to be among the fastest growing economies in 2012-2017, according to IMF data In 2013, Turkey became the sixth largest economy in Europe and 16 globally, attracting more than $ 135 billion in international capital (foreign investment) over the past 10 years. During this period, exports increased by more than 245%.

The high percentage of young population:

When investing in a place requires the presence of qualified youth and skilled manpower, Turkey's young population is very large compared to European countries. Turkey is the most populous country in Europe and more than half 30, which means that any investor who opens a project in Turkey will not suffer from the problem of employment and labor.

According to the statistics of the Turkish Statistical Institute, Turkey has 29 million young people, including skilled and qualified workers. About 200 universities annually graduate 600,000 young people and about 700,000 graduates from secondary schools, institutes, and vocational schools. Those qualified for work, creating a competitive environment that drives workers towards creativity and mastery of work.

Investing in a Renewable and Liberal Economy:

It is known that in many countries there are barriers to identifying foreign investments, but Turkey, a member of the Organization for Economic Co-operation and Development (OECD), has begun to raise such obstacles to foreign investors starting in 1997. Today Turkey reached a stage where a company is established every 6 days, and the State deals with all investors to equality, creating a competitive environment between them. According to the Ministry of Economy, there are more than 37.000 companies with foreign capital in Turkey. Turkey also provides the possibility of reviewing international courts and tribunals to solve the intractable problems facing foreign investors. It also increased Turkey's appeal to foreign investors.

One of the main reasons for foreign investors to invest somewhere is to provide the necessary infrastructure for investment and to reduce the cost of transportation. If we look at the basic infrastructure, such as transport, communications, energy, and technical infrastructure, Turkey has seen a boom this has made Turkey a center for attracting foreign investors. The briefing of three seafarers in Turkey has provided them with very cheap maritime transport, in addition to its connection with Central and Eastern Europe with a network of railways.

Turkey's central location linking Asia and Europe has historically made it a natural bridge connecting the two continents. Turkey has, through its location, embraced many commercial routes linking the East and the West. Today, Turkey enjoys a sensitive strategic location to reach more than 1.5 billion people in each Asia, Europe and Africa, and it is the most reliable transit point in trade relations.

In order to encourage investors to invest in Turkey, the institutional profit tax applicable to foreign investors has been reduced by 33% to 20%. In some cases, foreigners are exempt from this tax in whole or in part. Investors are also encouraged in some areas allocated by the State such as land allocation and other incentive policies.

Membership in the European Customs Union:

The European Customs Union, which aims to increase economic activities and offers. Turkey has been a member of this customs union since 1996, and there are 20 free trade agreements between the parties to this union. These trade relations are increasing day by day through the signing of new agreements.

These ten factors are important reasons for investors to invest in Turkey, in addition to these reasons there are many advantages and characteristics that characterize Turkey, which turned it into an important center of attracting domestic and foreign investors in general, especially in recent years, we note that Turkey aims to raise foreign investments coming to it, through the issuance of several laws and the adoption of public policies and the establishment of multiple agreements, which will stimulate foreign investors to go to invest in Turkey. These motivational policies of Turkey have been fruitful in a short period of time. Today, they are among the most attractive countries for foreign investments among the countries of the world.