Is Multi Family a Good Investment? - From Multifamily Insiders

This is a very interesting article from Multifamily Insiders. This is a site I HIGHLY recommend for CRE Owners, Property Managers, Investors and Professionals- JW Najarian CREPIG Founder

The following is a list of the most viewed RCA Company Profiles in their database of over 10,000 commercial property…

Cap Rate Trends - How will the CAP Rates Affect the Markets in 2013?

The major enhancements to the index include:

Is it Time to Buy Multifamily?

Is it time to buy Multifamily? Happy Thanksgiving to you and your family. Takes some time to chat with us about the CRE industry and social media's role now and in the future.

What Will the Impact of the 2012 Presidential Election be on Commercial Real Estate?

What Will the Impact of the 2012 Presidential Election be on Commercial Real Estate?

We asked 16 industry prosfor their thoughts on the upcoming presidential election. Reactions ran the gamut. Some say whomever ultimately inhabits the White House for the next four years will have a big effect on the sector. Others pointed to alternate…

Get Social Get Connected Get Local Get Deals Done.

For more videos and CRE posts from Duke Long go to: www.DukeLong.com

My Message to U.S. Veteran's on LinkedIn on this Memorial Day Weekend

As a U.S. Navy veteran and the founder of the largest military and veterans group on LinkedIn, US Veteran, I do what I have done every year and took some…

First, I WILL NOT debate whether or not these platforms or sources of investments are real or not. Let us, for the sake of this article, assume they are real and relevant.

What I want to focus on here, is the huge amount of cons, scams and fraud that are attached to these types of investments. …

We are just 23 days away from the Massey Knakal CRE Investment Summit, which is without doubt one of the most star-studded conferences we have yet had the honor to produce, with one powerhouse after another sitting side-by-side on each of the panels, as well as Vornado's CEO Mike Fascitelli and RXR's CEO Scott Rechler as…

Why I Am Leaving Goldman Sachs

TODAY is my last day at Goldman Sachs. After almost 12 years at the firm — first as a summer intern while at Stanford, then in New York for 10 years, and now in London — I believe I have worked here long enough to understand t 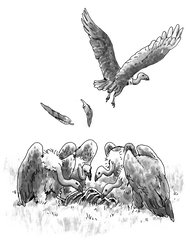 Who's Out There?
CFOs can't ignore social media. But what's the ROI?
David Rosenbaum - CFO Magazine

In 1775, when Boston silversmith Paul Revere famously rode northwest to alert the countryside that British troops were on the move, Boston tanner William Dawes, bearing the same message, rode not so famously southwest.

When the British arrived…

There's a lot of consternation about this.

A new Gallup survey shows unemployment rising to around 8.9% after bottoming at 8.3% a few weeks ago. Here we go.Here we go... Do you think Facebook has the ability to monetize to the size everyone thinks they can?

They are bigger than McDonalds, but the word is still going around believing Facebook cannot make money and that long term sustainability, with Google+ hot on their heals, will be elusive at best.

Welcome to a New Year at CREPIG

Welcome to 2012. What will this New Year Bring for you and for CREPIG?

Is the worst behind us?

Jack Canfield, Bestselling Co-Author of Chicken Soup for the Soul and The Success Principles spoke at NAR about Success. 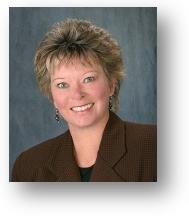