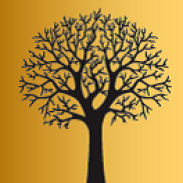 Hello,Heritage Investments Capital are DIRECT LENDERS offering up to 95% Financing on Approved Projects. We do NOT charge any upfront fees and consider all projects seeking funding from $35M+. - NO…Continue

A Bit About Me
Heritage Investments Capital provides a unique suite of innovative financial and business solutions to the corporate, construction, infrastructure, technology and real estate (commercial & residential) sectors worldwide.

Our mission is to provide financial investment, and advisory services to our clients and partners to help them achieve their goals by direct investment into the company or project by Heritage.

In addition the products and services delivered by Heritage are tailored to meet the specific and ever-changing situations facing our clients.

Our vision is to maintain steady growth while assisting our clients with their financial and business needs as we expand our solutions portfolio, strengthen our position in each of the sectors that we serve, while continuously improving and growing as a leader in our industry.

What Do You Need
We understand that your time is valuable so in order to help you please send prospective project information to the following to emaill: funding@heritageinvestmentscapital.com.

1. Amount of funds you are looking for.
2. Where the project is located.
3. Type of project.
4. Executive Business Summary

Heritage Investments will be happy to review your projects. If your project meets our underwriting criteria, our associates will gladly contact you as soon as possible to advise you of what additional information we may require.

Looking forward to hearing from you

What Do You Offer
We Are DIRECT LENDERS Offering up to 95% Financing on Approved Projects. We do NOT charge any upfront fees and consider all projects worldwide ranging from $10M+ No Maximum.

Thank you for your message.
We would like to get done more information on the San Diego and the Senior Living Project.

When is the best time to connect?

How is everything with you, I picked interest on you after going through your short profile and deemed it necessary to write you immediately. I have something very vital to disclose to you, but I found it difficult to express myself here, since it's a public site.Could you please get back to me on:( mrsstellakwale300@gmail.com) ) for the full details.

currently not doing anything in that range but will keep you in mind--I have clients that I have refered to other Brokers so that I can focus on my Podcasts and books in that category and I will check their financing needs.