To Rebuild a Neighborhood, Philadelphia Goes Beyond Housing 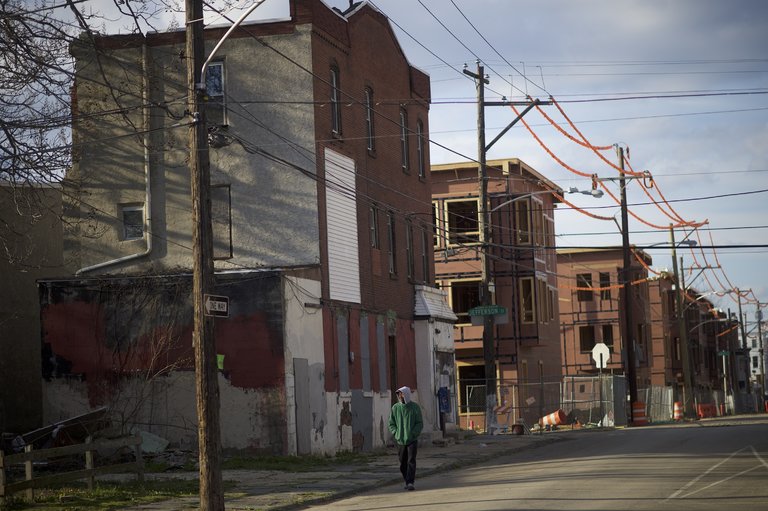 Rebuilding a Neighborhood, Piece by Piece


Rebuilding a Neighborhood, Piece by Piece


PHILADELPHIA — Seeking to do more than provide basic homes for its residents, this city’s public housing agency is taking a new approach to neighborhood revitalization. In its latest project, it is adding commercial and educational development to its main role of home building, aiming to address the underlying causes of urban distress.

In the northern part of the city, the Philadelphia Housing Authority is razing part of the Norman Blumberg Apartments in the Sharswood neighborhood, which has had especially high rates of poverty, crime and urban blight. The agency plans to bring in shops, offices and schools, along with housing, in an ambitious program to breathe new life into a struggling community.

The $500 million project, just two and a half miles from downtown Philadelphia, aims to recreate a middle-class community that never recovered after being ravaged by rioting in the 1960s, agency officials say.

Two high-rise apartment buildings from the late 1960s that had become symbols of urban decay were imploded in mid-March in the most conspicuous stage so far of the project. Other dilapidated housing has also been removed.

Under the multiyear Sharswood Blumberg Choice Neighborhoods Transformation Plan, commercial development and new or reopened public schools, as well as fresh housing, will offer the neighborhood its best chance of recovery, said Kelvin A. Jeremiah, president of the Philadelphia Housing Authority.

Under the plan, the destroyed towers, as well as some other low-rise apartment buildings on the eight-acre site, will be replaced by 1,200 new housing units. Most will be for rent or sale at below-market prices. The first phase of the new construction, containing 57 units, is underway and is due for completion this fall.

Central to the new vision will be the creation of a new commercial corridor along Ridge Avenue, the neighborhood’s main street, which lost businesses as the local economy declined.

In all, the plan projects 400,000 square feet of commercial space. The agency said it was close to making a deal for a drugstore and a supermarket. It is also seeking agreements with other businesses like banks, Mr. Jeremiah said. 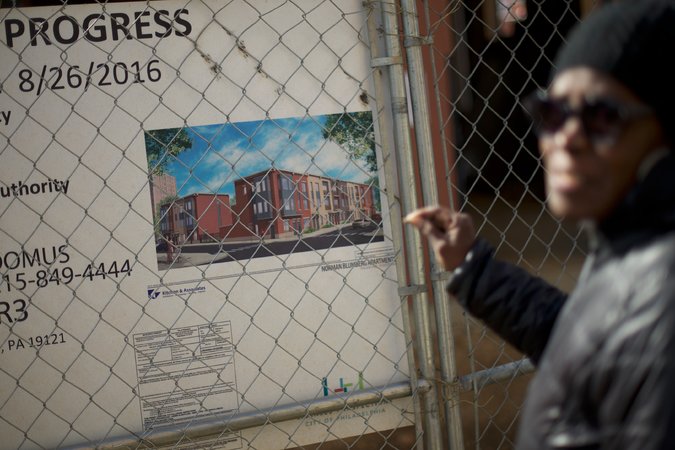 
The housing authority plans to move its headquarters to the street from downtown, bringing around 1,100 employees, who will bolster demand for businesses.

Mr. Jeremiah said the agency was in talks with some private developers who were attracted to the project because of its proximity to adjoining neighborhoods like Brewerytown to the west and Francisville to the southeast. In those neighborhoods, new construction is popping up and property prices are rising as a real estate boom ripples outward from downtown, or Center City, Philadelphia, with residents seeking more affordable options.

The Michaels Development Company, a developer of affordable housing, plans to build 42 affordable rental units in Sharswood. The company’s senior vice president, Milton R. Pratt Jr., said the neighborhood was well positioned to turn itself around given the buoyant market nearby and its proximity to Center City.

“This is one of the most attractive neighborhoods in the city for redevelopment,” Mr. Pratt said.

Similar efforts to involve private developers in public housing projects have taken place in Chicago. Molly Sullivan, a spokeswoman for the Chicago Housing Authority, said the agency had redeveloped several neighborhoods by combining public and market-rate housing with commercial development.

Philadelphia officials say that city’s revitalization plan also depends on providing public schools to replace two that shut down in 2013. The housing authority is working with the school district and Big Picture Learning, an educational nonprofit, to decide whether to reopen the shuttered schools or build anew, said Nichole Tillman, a spokeswoman for the housing agency.

The project has attracted support from the federal Department of Housing and Urban Development, which awarded it a $500,000 planning grant under its Choice Neighborhoods program. Jane Vincent, an administrator for the federal agency, said the grant reflected the project’s potential and federal, state and local involvement.

“It really is transforming the neighborhood,” she said.

While other Philadelphia neighborhoods are plagued by poverty and crime, the problems are especially acute in Sharswood, Mr. Jeremiah said. 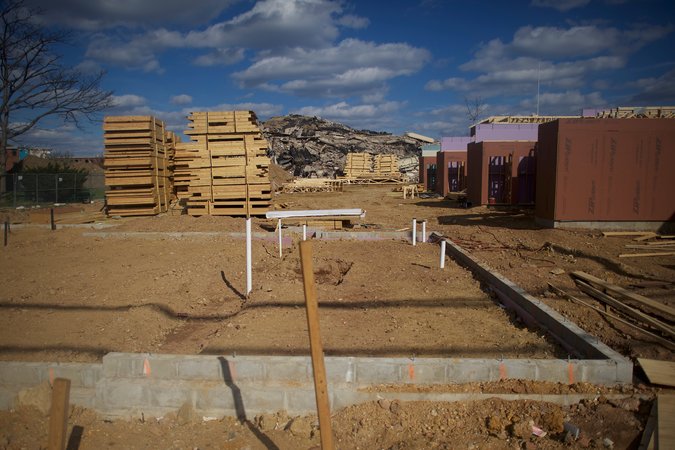 
“You’re looking at a neighborhood that is severely distressed,” he said, noting that the poverty rate in the predominantly black Sharswood community is 53 percent, or twice the rate for Philadelphia as a whole.

Mr. Jeremiah said that during an evening trip to the neighborhood in 2013, soon after he became head of the housing agency, he encountered a man who threatened him with a gun when he refused to buy drugs. After hearing residents’ stories of crime in the area, he thought the housing authority ought to focus on the neighborhood.

“We have to do better by these families,” he said.

About 500 families were temporarily relocated to low-income housing elsewhere in the city while the project takes shape.

To create space for the new housing, the agency has been buying property from residents, but it has met resistance from some who say it has offered prices far below market value. In some cases, the agency has used eminent domain to acquire parcels.

Michael Scott, a resident of Sharswood since 1969, said the agency offered him around $60,000 for a house, a commercial building and a vacant lot that he said together were worth about $300,000. He rejected the offer.

Sitting on a wooden fence bordering one of the neighborhood’s 1,300 vacant lots, Mr. Scott, 49, said he welcomed the revival plan because “it’s time for the neighborhood,” but he is waiting for a higher offer for his property.

Ms. Tillman said that the housing agency was committed to giving residents fair prices for their properties and that owners were entitled to a reappraisal at the agency’s expense if they were dissatisfied with an offer.

David Scolnic, a real estate lawyer with the Philadelphia firm Hangley Aronchick Segal Pudlin & Schiller, said the redevelopment plan had great potential to improve one of Philadelphia’s poorest neighborhoods. But its success, he added, hinges on whether new businesses can be persuaded to open there.

“The key to the whole development is how quickly can you get people back into the neighborhood, and that will give the retailers a chance to succeed if there are sufficient residents there,” Mr. Scolnic said. “If it works, it could be a model for similar developments nationwide.”