Plan to Turn Sony Building Into Luxury Apartments Is Abandoned 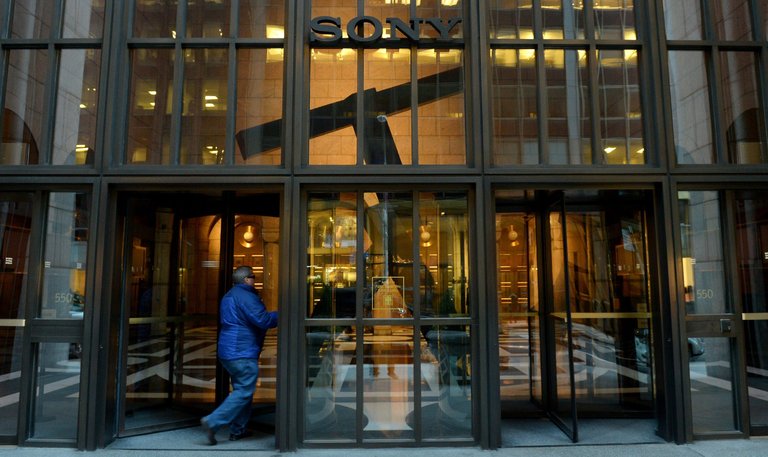 The Sony Building was bought by the developer Joseph Chetrit and his partner, David Bistricer, for $1.1 billion in 2013. They are selling it for $1.4 billion. Credit Justin Lane/European Pressphoto Agency


Apartments for billionaires were all the rage in Manhattan three years ago when the developer Joseph Chetrit paid $1.1 billion for the granite-sheathed Sony Building at 550 Madison Avenue.

Mr. Chetrit hired the star architect Robert A. M. Stern to convert the building, a 37-story office tower between 55th and 56th Streets that was most recently inhabited by Sony, to apartments. An international hotel group said it would build a five-star hotel on eight floors, and Mr. Chetrit filed plans to create a triplex penthouse with a marble staircase and a record $150 million price tag.

Now, in the latest example of the slowdown at real estate’s highest end, Mr. Chetrit signed a deal this week to sell the tower for $1.4 billion to the Olayan Group, which is controlled by a Saudi family, and Chelsfield, which manages its properties. The companies said the building would become, yes, an office building.

Mr. Chetrit and his partner, David Bistricer, were under pressure to pay off short-term loans on the property totaling $925 million. They also had trouble obtaining a construction loan as lenders became wary of projects promising oversize prices and profits.

Mr. Bistricer said he and Mr. Chetrit were prohibited from talking about the deal until the sale closed at the end of May.

“It was providential,” said Nancy Packes, a consultant for luxury residential projects, that Mr. Chetrit was able to find a cash-rich buyer for the building. Over the past three years, she said, the market for billionaire apartment buyers has gone from “mush to ice.”

“Even breaking even is a win,” added Ms. Packes, who was not working on the 550 Madison project.

It was unclear how much money the partners made. Estimated interest payments for the building totaled $180 million over three years, and property taxes for that period came to nearly $45 million, according to public records. Some of those costs were covered by the rent Sony paid to continue to occupy the building. The company recently moved.

The partners also presumably had to pay millions of dollars for lawyers, architectural plans and the marketing firm for the project. 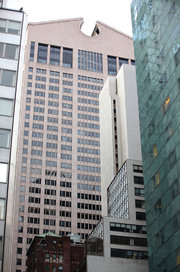 
The tower, designed by Philip Johnson, was built in the 1980s as the headquarters for AT&T. Sony bought the building from AT&T in 2002 for about $236 million.

But in 2013, when Sony put the office tower on the auction block, the residential market was white hot. Mr. Chetrit outbid commercial developers with a $1.1 billion offer. Sony leased the space for another three years as it looked for a new home, while Mr. Chetrit and Mr. Bistricer began making their plans.

In 2015, they said that they would build 96 apartments on Floors 14 through 35, designed by Mr. Stern. The units started at $11 million and went up to $150 million for the 21,500-square-foot penthouse, which had served as a corporate boardroom. The Oetker Collection, which includes hotels like Le Bristol in Paris, was brought in to create the eight-floor, 170-room hotel, which would have also been designed by Mr. Stern.

Mr. Chetrit is not the only developer who has been affected by the recent disappearance of buyers willing to pay $100 million for an apartment.

This year, there were about three dozen buildings in Manhattan offering apartments priced around $5,000 a square foot. But sales have slowed drastically, even at One57 and 432 Park, two of the most luxurious new buildings that sit along a stretch of 57th Street known as Billionaires’ Row.

One developer has scrapped plans to build a superluxury tower on the site of the Park Lane Hotel on Central Park South. Another developer who wanted to build a high-end tower near Sutton Place is in bankruptcy court. And now Mr. Chetrit’s plans have fizzled.

“The appetite of that group of investors has dimmed,” Ms. Packes said.

Still, there are three superluxury towers under construction on 57th Street alone.

And New York is still regarded as a relatively safe haven for the world’s superrich. But the richest apartment hunters have largely retreated from buying very expensive apartments as investments, brokers said, because of the collapse of oil prices, weaknesses in the Chinese and Russian economies, and crises in Africa and the Middle East.

But Mr. Bistricer, while not addressing 550 Madison directly, said the situation was not so dire. Contrary to most developers and real estate executives, there is “no shortage of money for big projects,” he said. “You put together the right sponsors, the right banks, you’ll find financing.”