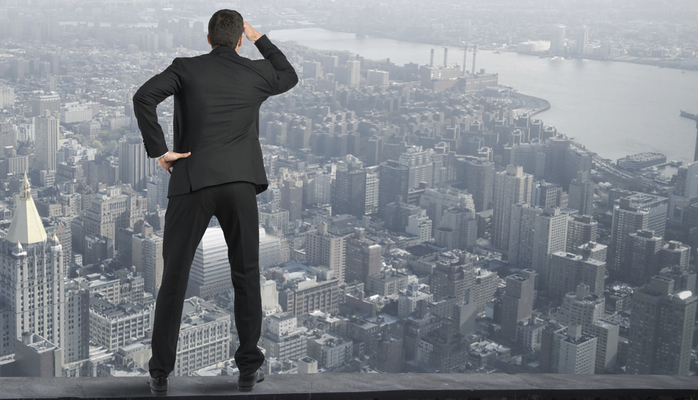 This article is dedicated to a prospective client. I'll call him Bob. Bob is an aspiring investor who's had some successes. He's been to the closing table a few times, has done well with the investments he's made, and is now looking to take the next step. Bob is in the game for the long haul. For him, this means sponsorship, attracting a higher caliber of capital, and eventually maybe becoming a fund manager.

Bob is doing what few others do. He is hunting in reverse. I mean, he is trying to understand what people want from him at the next level in his career BEFORE he goes out and starts trying to build his portfolio. He is actively doing research to see what actions he can take to make everyone else's investing experience a little easier and more profitable.

Smart guy with lots of potential. By taking this approach, he is demonstrating that he understands an important aspect of real estate investing: that we each have a role to play - a position on the team, so to speak.

His question specifically was:

I had to think about this for a bit, so I told him I'd put something together over the weekend. The more I thought about what he was asking me, I began to realize: there is no one-size-fits-all answer to this question.

Sure, I know what a good deal looks like. I have to or risk being labeled a "poo-slinger." Capital sources would stop taking my calls. But good deals come in all shapes and sizes. I might see a 380,000 sq/ft data center in the Mid-Atlantic region one week, a 380 unit apartment building in the Southeast the next, a grocery anchored retail center in the Mid-West the third week, and a piece of shovel ready dirt the next. All might be good (or bad) deals. All might be easy (or hard) to raise capital for. None of which I would recommend as perfect for everyone.

So what could I offer Bob to keep him pointed in the right direction? For that answer, I had to fall back to my experience crafting pitch books for fund managers. It depends...

It depends on the manager. The manager, in this case, Bob, brings passion, experience, and assets to the table. Bob is certainly passionate, but his experience is limited to the few individual deals he's closed and his assets are limited to what he has been able to tuck away - which is more than some, less than many in this business. He's just getting started.

It depends on the management team. The management team will pool their collective education, experience, and synergies to turn bad deals into good ones or good deals into bad ones. They might be super stars individually, but if they can't put plays together as a team, they aren't going to get very far in the investment game. Can they stick within the boundaries of their stated investment strategy? Can they minimize unexpected or frequent turnover? Can they move capital expediently without rushing to deploy it? Can they carry on a conversation around their offering with competence and confidence?

It depends on track record. Does a team have a good track record, a bad track record, an average track record or no track record? Was the team even tracking their performance or is this a new habit they need to learn? If they have not been tracking their performance, how are they going to prove to would-be investors that theirs is a better fund to invest in? Investors are going to want to see that a fund has been outperforming the market equivalent by at least 5%, that they've shown losses less than 10%, that they are generating a 2.5x gross cash on cash return, etc.

It depends on infrastructure. Does a team have infrastructure in place to handle investor relations, reporting, newsletters, underwriting, servicing, compliance? Do they understand and can they stay on top of current and changing market cycles? Do they have onramps well defined? How about redemptions? What's the succession or wind down plan?

It depends on the capital provider. With a range of literally thousands of potential capital providers to chose from, almost anything in in bounds. Insurance companies tend to like longer range investments with steady coupons, but not always. Family offices may offer more aggressive options, but not always. Some may want to consolidate around proven managers. Others may want to allocate portions of their portfolio to more aggressive, hungry, emerging managers.

It depends on market conditions. The availability of capital in the market, the influx of briefcase capital, the confidence in the US government, jobs in a given area, wage growth, local behaviors - it all has an impact on strategy. "Best" for the Mid-West for an investor seeking a bond alternative in their portfolio might be grocery anchored retail. In another part of the country, it might be CVS or Walgreens.

What is the best type, unit size, location, etc to go after depends on a lot. In Bob's case, I first try to understand who he is, where he is, how "coachable" he is, and where he most wants to go.

For an pre-emerging manager in Bob's position, I would reenforce that it's a great idea to begin with the end and the rest of your team in mind, but that the best investment is the one made in understanding the game. Get some outside, unbiased feedback as Bob is doing. Focus on what habits, team, infrastructure, experience, and knowledge that are necessary, and go about acquiring that. Fundraising for deals become easier as the foundation gets stronger.

To know, for example, that we're working towards the ability to support strong sponsorship co-investment, aligning incentives with performance, establishing a solid management team, and targeting gross investment returns of 15%+ and net fund returns of 12-15% (or whatever returns your structure is capable of) - seems more useful to me for a guy like Bob than focusing on any one type or location of transaction.

For those going it alone - funding deals with their own pocketbook or leveraged credit rating, managing rehabs, flipping, selling, etc. I might say stick to single family, 3BR / 2BA houses within 50 miles of wherever you live with good roofs, good bones, solid water heaters, and lots of well diversified jobs nearby.

For those who are serious about real estate investing as a career, who will be working with others, managing other people's money, creating wealth for others, and getting paid as a function of how well that job gets done; I would invite them to begin building a strong foundation in the things I mention above. Capital needs a strong base to stand on, no matter what kind of capital it is. The stronger the foundation, the easier fundraising becomes.