Jeff Lerman has established a nationwide reputation as “The Real Estate Investor’s Lawyer”. This is A Quick Roundup Of What Obama Just Said At His Press Conference. - Obama criticizes 'do nothing' Congress.

Obama went on the offensive, criticizing Congress for using "scare tactics" during the ongoing debate over raising the…

$500 Million in Commercial Notes and REO at Auction


All this from Auction.com. According to Auction.com these are for July 26-28th.

Website has over 4000 members and the CREPIG Group on LinkedIn has over 11,000 members. Add to that over 20,000 CRE targeted followers on Twitter and you have a pretty robust Commercial Real Estate Social Media Platform.

CREPIG affectionately known as The PIG, is hitting some huge numbers...

It is not about the name.. It is about the content that counts. Come and help us as we build the most valuable content rich site available to the commercial industry.

We may have some duplicates in there and we are rounding up a tad, but we are so excited as we are hitting 4000 members on our website…

Is There a Second Bubble Forming in Commercial Real Estate? 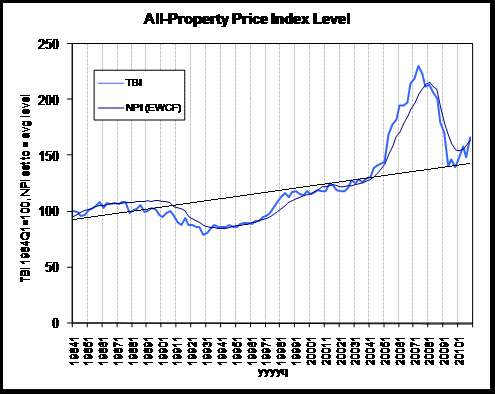 According to MIT's Transaction Based Index (TBI)

for all commercial property types from 1984 to the first quarter of 2011, we have hit trended bottom and are on the rise.

The problem is that when things go up... they must come down and usually when you go so high you get a nose bleed, or what has been called the worst crash since the great…

Osama has been killed by US Navy Seals in Pakastan,

CoStar to buy LoopNet for $860M

CoStar to buy LoopNet for $860M

CoStar Group, based in Maryland, today, signed an agreement to purchase it's rival and competitor the San Francisco based LoopNet, CoStar reported today.

J.P. Morgan is loaning CoStar Group the capital it will need to complete the deal.

CoStar reports revenues of $59.6 million in…

Are Rents Coming Down an Indication of Market Bottom?

I mentioned in an earlier blog post from David Repka, that rents coming down can be a sign that the market is bottoming.

David added a graph from Loopnet to make a point and ask a question. I am using the same graph from the Los Angeles market to show my observation of the issue.

The first graph from Loopnet shows asking rents for Industrial for Lease in SF per year. You will… Continue

Here is a great article from RealData on lending.....

Commercial Real Estate Financing: What to Do Now

An Interview with George Blackburne

We hear something like this from our customers almost every day: “It’s really…

So tired of market reports that claim that we are recovering. We are not recovering we are floundering. That is why we started the Commercial Real Estate Professional Investors Group and the CRE Distressed Assets Association. We need grass roots efforts from the people that work in the trenches of the industry.We need to network, collaborate… Continue

Mythbusters - High Blood Pressure and Salt - Give me MORE Salt!

Salt is Good for You?

I love the show Mythbusters and BullShit as they both change our paradigm and stretch our minds showing us that just because we believe something, doesn't make it so and often can stop us from doing things based on what we think we know or have learned by our peers and our parents passing down, often bad information.… 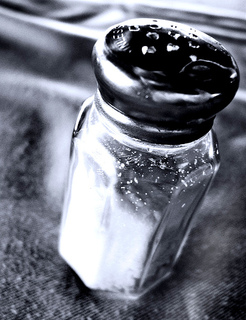 Received this great graph from LoopNet on office prices per square footage in Los Angeles area. Is denial about value starting to turn?

Let's hope so. The markets will never recover unless everyone is willing to take some sort of hit. Lenders need to loosen criteria, sellers need to be realistic about prices and everyone needs to realize that there will be no deal flow till the deals make sense.

We can no longer swing at the fences on deals. Slow…

A great post on Co-Star News May 5th by one of my favorite bloggers Mark Heschmeyer and titled Scarcity Premium Seen Driving Current CAP Rate Compression, brings up very interesting and relevant questions regarding current decreases in CAP Rates.

As we know increasing CAP Rates normally signify rising property values. Mark writes on all sides of the issue and makes some great points about pent up demand and the correlation between this phenomenon and…

I just returned from speaking at Crittenden on the subject of building and destroying your personal brand. Although the panel of speakers on the subject were well received, the messages seemed to be a bit lost on the commercial professionals at the conference. Much like the fax machine, microwave oven and the cell phone; when they first came on the market, everyone was aware of them, but were unsure how the new technologies affected them. Social Networking and Media is in the same boat. It is… Continue

SIOR Index at All Time Low

In the latest press release on the SIOR Index dated January 2010, SIOR President Lynn Reich reported that the SIOR Index was slightly higher by a minuscule .2% leaving it at 35.5 points. 100 points would be considered market norm.

Bankers What's Up? - Rumors Abound About Banks. What is the Real Story?

We continually hear stories about banks not letting go of REO's. We hear they are holding them and waiting for offers above 70 cents on the dollar, based on valuation that is not realworld or what the market will bear. We hear banks have no incentives to let properties go. I have also heard that banks are willing to discount if the deal can be struck in 15 days as opposed to 60 or 90 days.

In Memory of Frank Maguire: Last time I was with Frank, we had lunch at one of his favorite places. I was there to ask if he would consider joining CREDAA as an adivsory member for business related issues. Frank was so gracious as he accepted and then went on to tell me a few great jokes and a story about one of his earliest interviews. Frank will be missed as he was taken too soon. Frank was so giving as he showed up for our Feed333.org Charity in South Central Los Angeles to… Continue